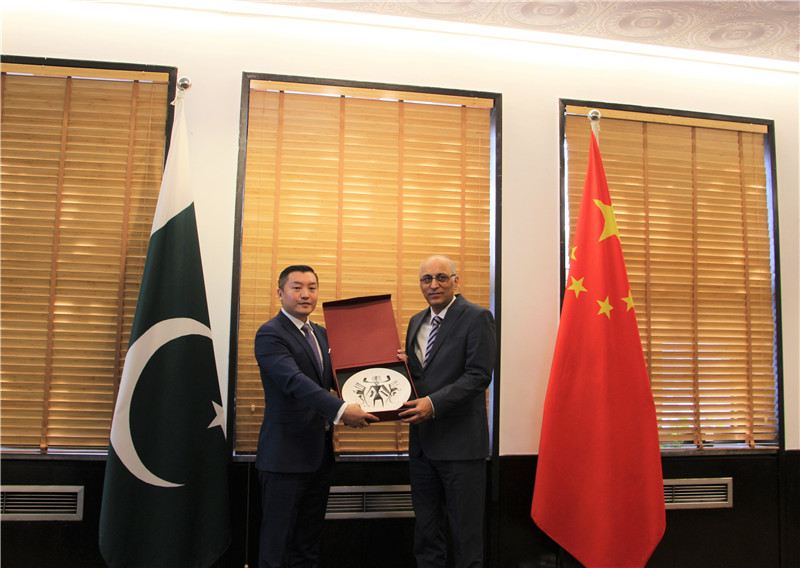 The batch of supplies includes 30,000 masks (15 boxes), 2 boxes of kn95, ppe suits, 3000 boxes of chinese herbal medicine, and nucleic acid test kits.
As the donation ceremony, Pan said to Haque, “Seeing the lingering epidemic situation in Pakistan, CICEC feels obliged to donate some prevention and control supplies as a sign of support. We shall stand united in our fight against Covid-19 and emerge victorious together.”
Pan said, “China and Pakistan are Iron brothers and our Friendship has withstood changes in International situation and stayed firm and stronger as always. The Year 2021 marks the 70th Year of the establishment of China and Pakistan Diplomatic Relations.”
It is a new start and opportunity for Pak-China multi-field cooperation. “We hope to seize the moment to engage in Culture exchange programs with Pakistan including the international sea port forum, which is already in preparation. It is our hope that His Excellency would spare some time to further promote our solid friendship in line with the notion of the community of shared future for mankind as stated by the President Xi Jinping. We would also like to invite Pakistani artists to display their painting and art in the Arts Exhibition hall of CICEC to promote culture exchanges,” he said.
Haque said, China TCM is playing very important role in combating Covid-19 and he, his family and personnel in embassy also is using it for immunity and nuitrition. “we are willing to boost the cooperation in Chinese traditional medicines because CTM is a valuable treasure trove of medical wisdom,” he said.
Ambassador also thanked CICEC for the donation and invitation to participate in Belt & Road Sea Port forum. He also welcomed the idea to collect Pakistani Artists painting and arts for exhibited in CICEC arts gallery. He said, due to the 70th anniversary of China-Pakistan diplomatic ties is coming soon, enhancing culture and people-to-people exchanges would help to cement our relationship between generation to generation. 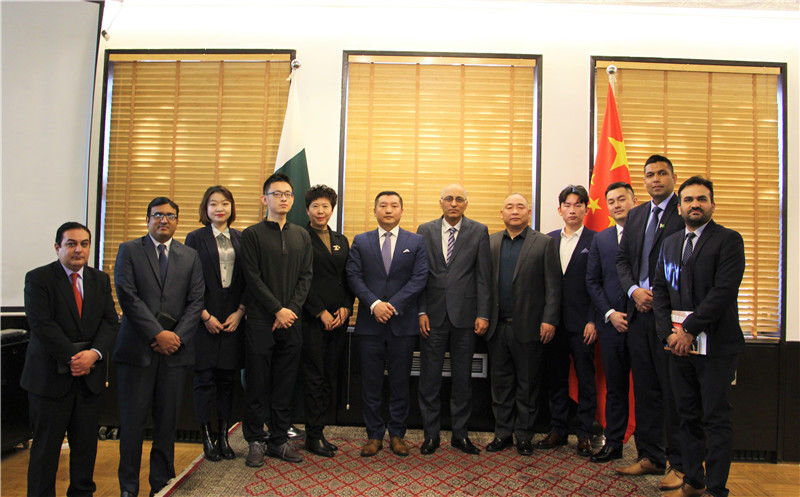