by Yasir Habib Khan
“After 48 days of vaccination so far, my physical condition is 100 percent fit. My body has not observed any change,” said Mr. Hussain, 54, who is a test subject amongst total of 18000 trial participants who received shots of CanSino during Pakistan’s first-ever massive Phase-III (Last Stage) Clinical Trials.
The Clinical Trials was conducted at solely public sector institution, the University of Health Sciences (UHS) officially approved by the government of Pakistan under strict guidelines of the World Health Organization (WHO).
“There was a bit sporadic feeling of nausea and throat nuisance but it lasted only a few seconds. Throughout the time span, my health stays uncompromised. Physical fitness is up and I am not running a fever or other medical issues,” he says loud and clear.
He appreciated organizers for staying in touch with trail participants seeking feedback to get well-informed about the day-to-day sensitivities of volunteers. “Such practices inculcate a sense of satisfaction among the trail participants that they are not used just as lab subject. This gives a sense that organizers prefer their wellness to other motives,” he added.
Another couple, trial participants, seeking anonymity say that before they were inoculated with China-made CanSino, they were skeptical about the medial impacts of the vaccination under the influence of a barrage of misinformation. “Later having convinced by other trail participants and seeing healthy results, we prayed to God and got administered the shots. God be praised we are still hale and hearty,” the couple smiled.
UHS is the only state-owned institution in Pakistan that has been conducting the last stage Clinical Trial with participants belonging to different age groups, gender, social strata, and living environment. The rest of the four are private medical research centers engaged in Phase-III Clinical Trial. They are Agha Khan Medical University, Karachi, Shaukat Khanam Hospital (Lahore), Shifa International Hospital (Islamabad), and Indus Hospital (Karachi).
Debunking myth and neutralizing mist of misinformation about Chinese drugmakers and their vaccines’ performance, Dr. Javed Akram, and Vice-Chancellor of UHS and member of Scientific Task Force on Covid-19 claims in an interview with China Economic Net at his office what has been swirling around to smear Chinese vaccines is a pack of lies. “So far thousands of shots of CanSino have been administered, not a single case is detected with adverse illness and death,” he added. 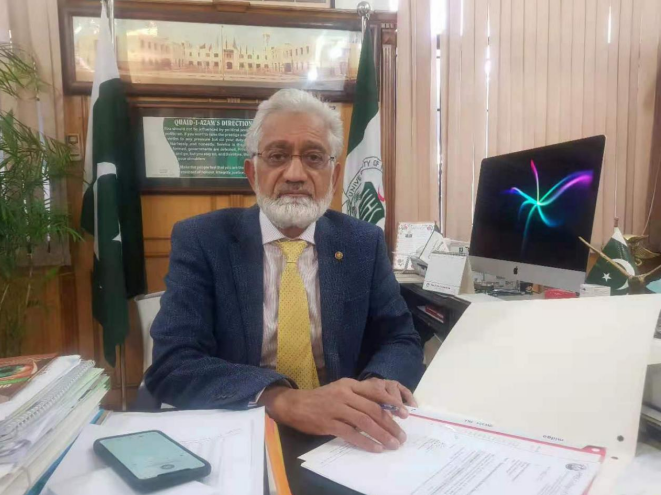 Dr. Javed Akram, vice-chancellor of UHS and member of Scientific Task Force on Covid-19 [Photo/Yasir Habib Khan]
About vicious propaganda to downgrade Chinese vaccines in comparison to US and European vaccines, he termed the debate invalid, saying every vaccine has its own merits and demerits and none of them could be given preference to one another. “It is misleading to say that some vaccines either Chinese or Western are unfit for humans,” he added.
When asked about the conspiracy theory that western countries released the vaccines’ results while China is shying away to do so fearing condemnation, he dubbed it all as nonsense, saying none of the drugmakers had made public their final findings of Phase-III Clinical Trial.
Dr. Shaheen Shah, the focal person on Pakistan Phase-III Clinical Trial, which is an essential part of global multi-country and multi-institutional Trials, says that unless peer-review procedure is completed, it is baseless to propagate about any percentage of the efficacy of either Chinese or Western vaccines. Under Good Clinical Practices (GCPs) enforced by WHO and global regulators, it takes more than one year to furnish the final findings, he added. 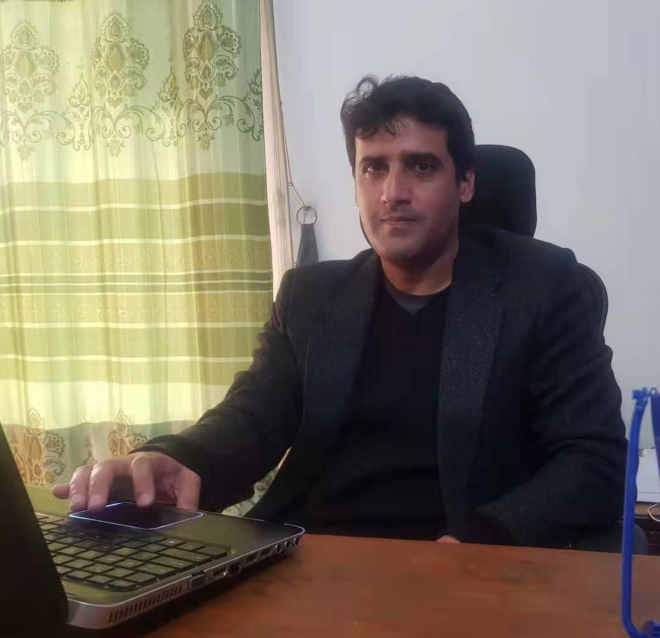 Dr. Shehnoor Azhar, Focal Person of Pakistan’ Grand Phase-III Clinical Trial that started on 1st Oct  2020. [Photo/Yasir Habib Khan]
He rubbished the rat race of “who is the best” saying “it is not a matter of China rather a global issue to produce vaccines for the protection of human beings against morbidity and mortality. “Apprehension should not be for vaccine-making techniques. Matter of grace concern is how to make available vaccine so that each and every person become a recipient of shots without facing any prejudice of regionalism, ethnicity, race and wealth,” he added.
Diffusing another myth, he said that scientifically approved vaccines with all safety rules that carry the seal of global authenticity are yet to be produced and hence are not still in the market. “What is available and is being administered to people in many countries is those varieties of COVID-19 vaccines that are still unapproved by drug regulators but are allowed to market conditionally under Emergency Use Authorization (EUA),” he revealed. Given the global crisis and shortage of time, EUA is the order of the day, he added.
Recombinant Novel Coronavirus Vaccine Adenovirus Type 5 vector (Ad5-nCoV) has been developed by CanSinoBio and Beijing Institute of Biotechnology China.
It merits to mention that globally there is a strong voice to discourage conspirators for whipping up competition between China and other western countries. In this regard, People’s Vaccine Alliance (PVA) is calling on all pharmaceutical corporations working on Covid-19 vaccines to openly share their technology and intellectual property so that billions of more doses can be manufactured and made available to everyone who needs them. This can be done through the World Health Organization Covid-19 technology access pool, it says.
Source: China Economic Net